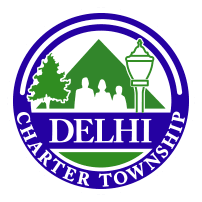 The 2010 U.S. Census population for Delhi Township was 25,877 persons. This represents a net gain of 15% in population during the previous decade. This growth, as shown in Table 1, represents a faster growth rate than Tri-County Region as a whole. Ingham County experienced a population reduction from 2000 to 2010. A more significant gain occurred in Delhi Township between 1970 and 1980, which was a 24.3% increase over the Township's 1970 population of 13,795 persons. This growth pattern demonstrates that Delhi continues to be a strong growth area within the Tri-County Region.

Delhi Township is the fourth largest local jurisdiction in population size within Ingham County, following the cities of Lansing and East Lansing and Meridian Township, and the fifth largest in the Tri-County Region. Table 2 shows the population change in several of the larger local units of government in the Region and the net growth rate for each.

According to the 2010 U.S. Census, the age of persons in the community shows that 25.5% of Delhi's population is under age eighteen. By comparison, 21% of Ingham County residents were under eighteen and the tri-county regional average was 22.3%.

In 2010, the total number of households in Delhi Township was 10,191 or 8.36% of Ingham County. Single-family dwellings account for 7,066 units. Family households with children under 18 years old accounted for 3,416 units. In the category of female-headed households, the Township rate of 21% is lower than that of the County (34.8%).

According to 2010 census data, 85.3% of township residents are white, 3.6% are Hispanic or Latino, 7.4% are Black or African American, 2.8% Asian and 3.0% identified themselves as two or more races. The County and Region have both experienced a steady growth in the numbers of minority persons since 1970.